Things to See and Do in Santa Cruz Quarter, Seville

It was into the beautiful barrio of Santa Cruz that Seville’s Jewish population was confined when Ferdinand III took the city from the Moors in 1248. Brutal as the Catholic monarch could be, you can’t help but feel as you wander around the pretty, impossibly narrow streets of Seville’s most famous quarter that there could have been worse places to be banished. Here are the 10 things you don’t want to miss when visiting Santa Cruz.

Along with Granada’s old Arabic quarter of Albaicín, Santa Cruz is the best barrio in Andalusia for aimless wandering. Its unfeasibly narrow streets make those of Triana, Seville’s former gypsy quarter, look like Parisian boulevards and most are impassable by car – meaning meanderers have this charming neighborhood pretty much to themselves. Discovering its secret squares and stumbling upon its beautiful old palaces and churches is one of the best ways to pass a long morning or afternoon in the Andalusian capital. And don’t worry if you get lost, because it’s a rite of passage for the first-time visitor to Seville to become happily disoriented in Santa Cruz.

Seville is one of the warmest cities in Europe, so visiting in spring or summer will necessitate frequent stops for refreshment. And if you’re nosing around Santa Cruz you couldn’t be in a better spot for tapas: the old Jewish quarter is home to a bewildering array of bars and restaurants, ranging from some of the city’s smartest eateries to the most old-school joints. Both kinds of the establishment are dotted all over the neighborhood, but a good place to start hunting for your preferred venue is by walking up Calle Mateos Gago, away from the cathedral. This popular street is lined with tapas bars and restaurants and leads into the heart of Santa Cruz: just take any right or left you fancy.

Sitting at the heart of Santa Cruz is the Cathedral of Saint Mary of the See – the largest cathedral and third largest church in the world. Construction of this sprawling Gothic complex – which takes up the equivalent of several city blocks and houses 80 chapels – began in 1401 and continued for over a hundred years. The original construction committee of the cathedral, it is said, wanted to create a church so “beautiful and so magnificent that those who see it will think we are mad.” In 1507 the cathedral was finally completed, quite spectacularly succeeding in its original aim, as well as showing the rest of Europe just how powerful and wealthy Seville had become. 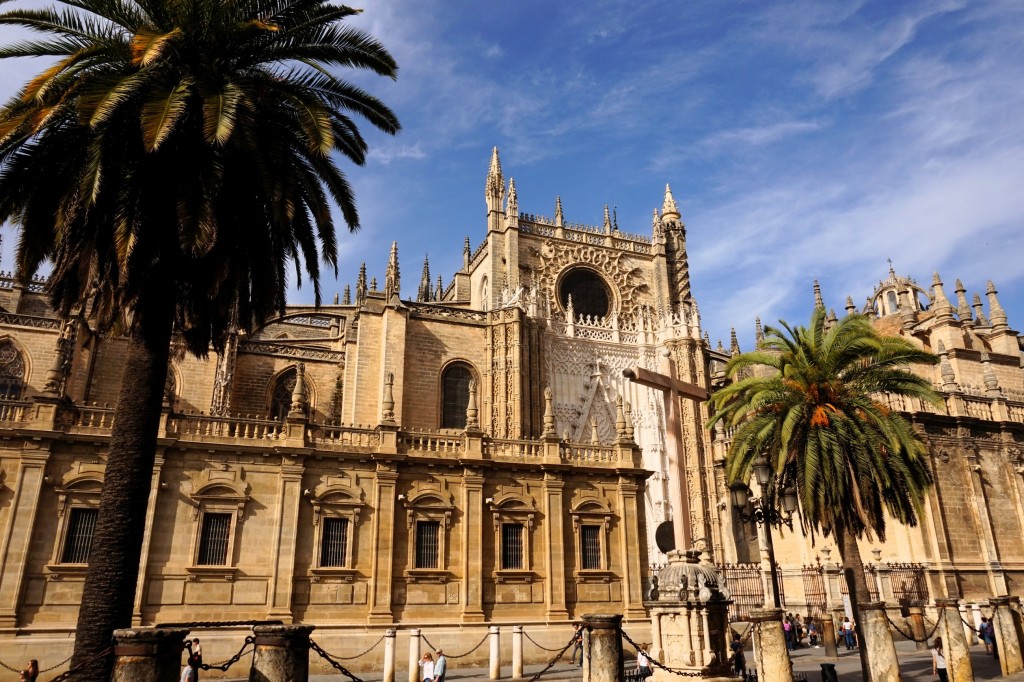 Seville’s cathedral is the largest in the world © Encarni Novillo

For a dose of history-laden luxury in the center of Seville, head to Aire Ancient Baths. The Seville branch of this super-sleek Arabic/Roman bath franchise – which opened in Chicago last year and will do so in London and Paris in 2018 – was established 15 years ago in a refurbished mansion built in the 16th century above Roman remains. No expense was spared in the stunning renovation. The mansion’s original brickwork has only been enhanced by the addition of sleek glass and wood fittings, and the beautifully-illuminated bathing spaces feature pools and baths at a range of different temperatures. For those who want a little pampering while exploring Santa Cruz, this place is unbeatable.

A stone’s throw from Seville’s display of Catholic wealth and power is a very different type of monument, one that reminds you of the grandeur of pre-Christian Seville. The Alcázar palace is considered one of the finest examples of Moorish architecture in Spain, although various sections in fact have differing styles and date from the Mudéjar and Renaissance periods as well as from the city’s Moorish epoch, which lasted from the 8th to the 13th centuries. Though it might lack the architectural pedigree of its more famous counterpart in Granada, the delicate interiors of Seville’s Moorish palace are every bit as fascinating, with delicate patterned archways and traquil internal courtyards in abundance. 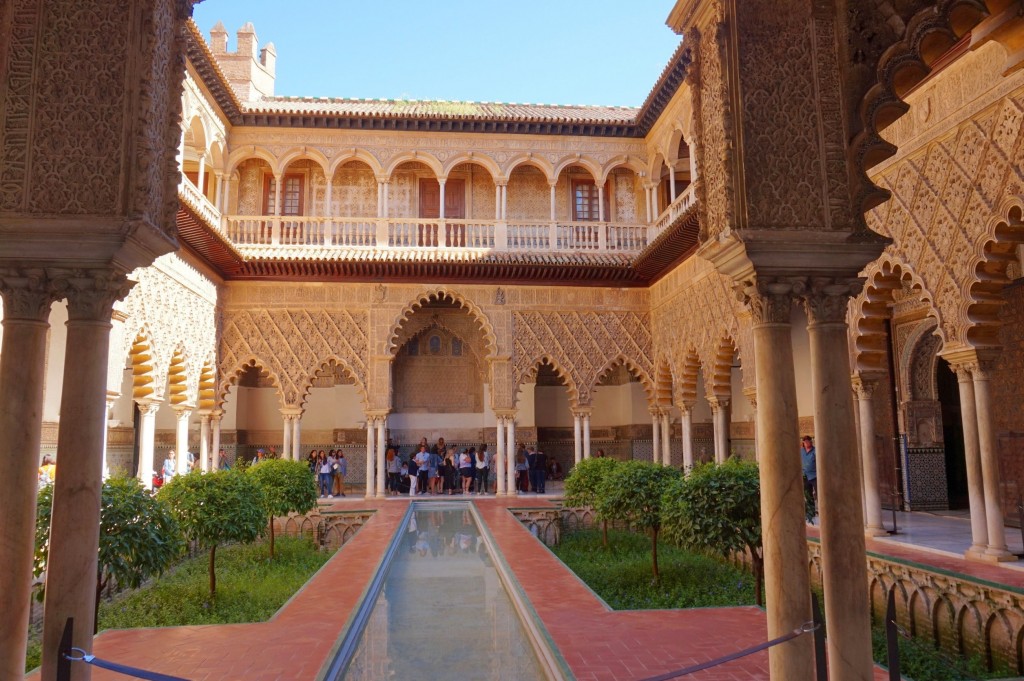 Bartolomé Esteban Murillo (1618-82) was one of the most distinguished painters to come out of the Andalusian capital. He achieved fame and artistic recognition mainly from his religious paintings, but Murillo also left behind a fascinating body of work focusing on the everyday street life of the city in which he was born and died. Some of his paintings can be seen in the tiny but interesting Casa Murillo on the edge of Santa Cruz, the house in which he lived and worked towards the end of his life. As well as a small permanent collection of Murillo’s works, the museum also holds temporary exhibitions.

This gorgeous 15th/16th century mansion is one of Santa Cruz’s hidden treasures and its stunning gardens match anything you’ll see in the Alcázar. Begun by the weathly “conquistador” and Mayor of Andalucia, Pedro Enriquez de Quiñones in the late 1400s, Casa de Pilatos is an intriguing mix of Mudéjar, Gothic and Renaissance styles, built around a central courtyard in the traditional Andalusian style. So beautiful is the palace that it’s starred in two films – 1962’s Lawrence of Arabia and 2010’s Knight and Day. It takes its name – “Pilate’s House” – from Quiñones’ son Fadrique, who traveled to Jerusalem in 1519 and returned overflowing with enthusiasm for the Holy Land. 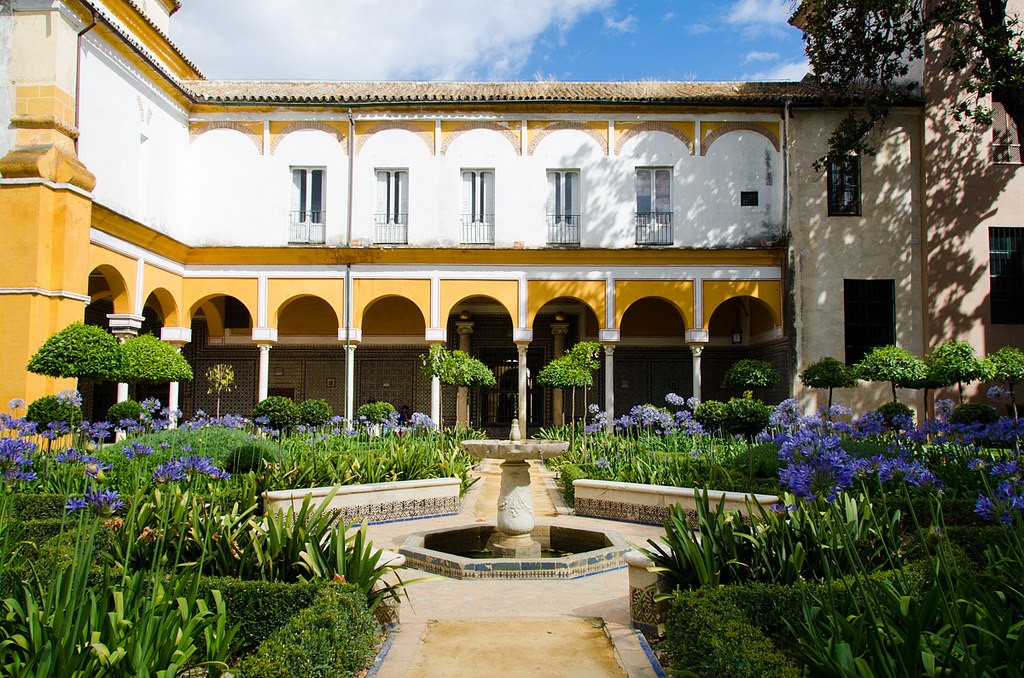 Flamenco is part of Seville’s cultural DNA and Santa Cruz provides a suitably traditional setting in which to enjoy some. There is an abundance of bars and theaters offering nightly flamenco performances in and around the old Jewish quarter, but their quality and authenticity varies wildly. The Museo del Baile Flamenco (Museum of Flamenco Dance), though, is one of the best in the city and well worth a visit. Tucked away in a beautiful 18th century townhouse on one of the barrio’s characteristically narrow streets, the museum traces the history of flamenco music and culture through the centuries as well as staging daily shows that feature some of Seville’s and Andalusia’s leading flamenco artists.
More Info

This narrow, shaded alleway runs alongside the walls of the Alcázar to the beautiful Alfaro and Santa Cruz plazas (on the latter of which Murillo was born in 1618). So-called because of a mini-aquaduct that used to run along the top of the Moorish palace’s wall, this mysterious, winding path provides one of the most romantic strolls in Seville. Plaza Alfaro, incidentally, is likely to be busy with tourists pointing their cameras upwards and snapping away at the ornate old buildings, because one of them (and it’ll be obvious which) is said to have inspired the balcony scene in Shakespeare’s Romeo and Juliet.

General Archive of the Indies

Seville’s position on the river Guadalquivir, which flows through Andalusia and out to the Atlantic, meant that it was superbly placed to cash in on Columbus’s discovery of the New World in 1492. And cash in it did, with riches from the new Spanish colonies ushering in the city’s Golden Age of the 15th and 16th centuries. Documenting this period of Spanish history is Seville’s grand Archive of the Indies, which is part of the UNESCO-protected cluster of buildings that also includes the cathedral and Alcázar. This vast 16th century building sits right next door to the cathedral and houses some 80 million documents relating to the Spanish Empire of the 16th, 17th and 18th centuries. If you think that sounds like a little too much reading for one afternoon, fear not: as well as the beautiful old books, the key sights here are a 17th century cannon, maps charting the entire Spanish Empire and several paintings by Goya. 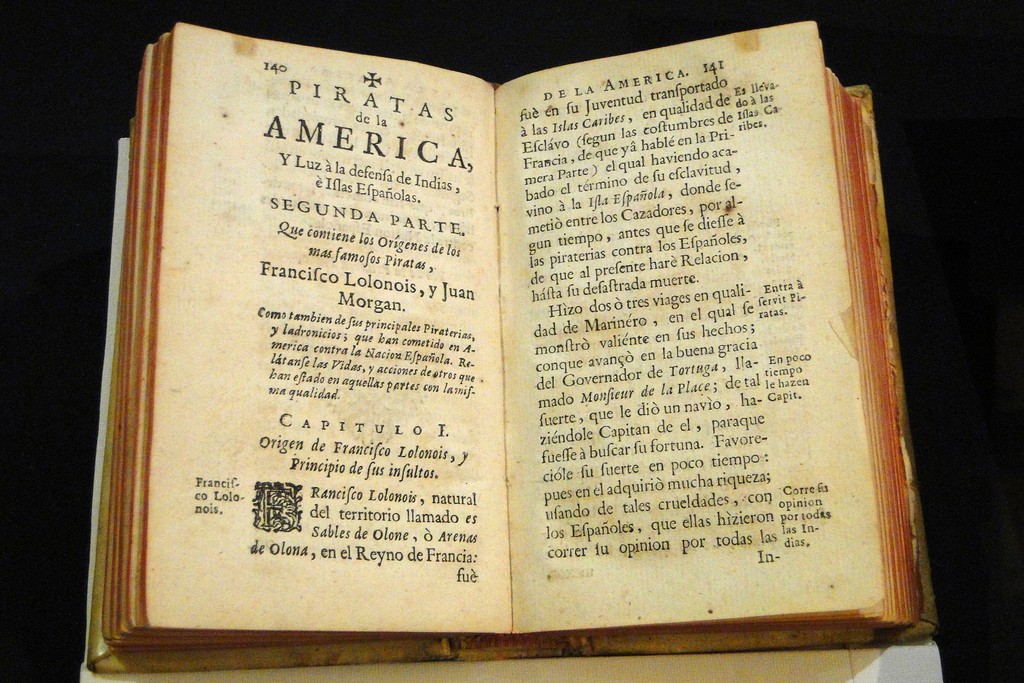 Original Post by Mark Nayler in The Culture Trip

Where to go Shopping in the major cities of Spain?15th Dec 2020
What to Do and See while visiting Madrid?25th Apr 2019
Castle of the Christian Monarchs in Cordoba (Spain)20th Nov 2019