Spain today is a country with a majority population of Christians. But a lesser known fact is that Muslims conquered and ruled a region of the country called Andalusia or Al-Andalus, at the time, for several centuries. These days were some of the most prosperous times in the history of Al-Andalus, and one of the best examples of minorities -the Christians and Jews- living peacefully in the Andalusian Umayyad dynasty, which lasted from 756 to 1031, and was referred to as “the golden age of tolerance”. 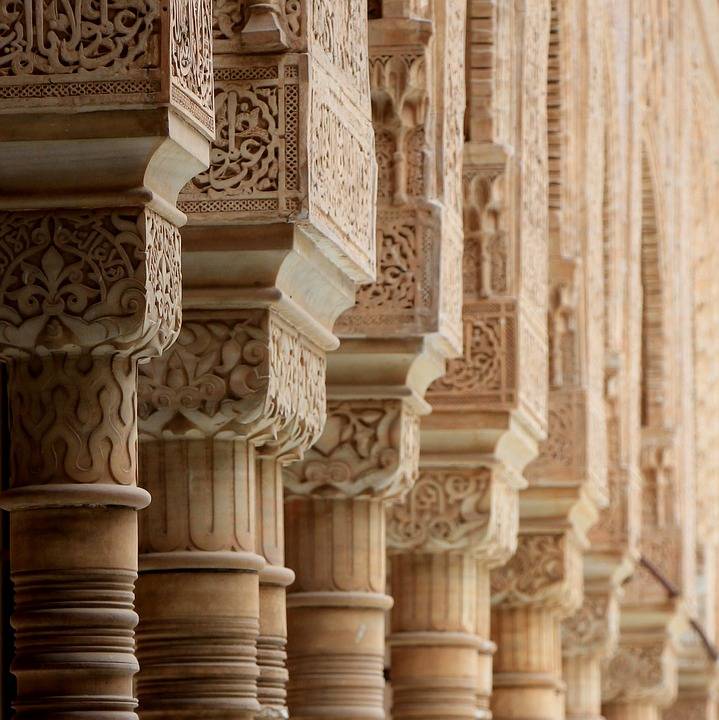 A Brief History of Moorish Spain

Andalusia, known as Al-Andalus was a Muslim territory in today’s Spain and Portugal. The era of Muslim rule began when Tariq Ben Ziyad conquered Andalusia in 711 AD in an attempt to free the region from the Visigoths who were wreaking havoc in the area. History states that he arrived with 7000 of his men and claimed victory, after which followed a period of Islamic rule, which lasted from the eighth to the fifteenth century. This time period Is also often referred to as “Moorish Spain”.

Andalusia is situated in the southern region of the Iberian peninsula and is made up of several cities, such as Seville, Malaga, Jaen, Almeria, Cordoba, Cadiz, Granada, and Huelva. Seville is the capital of Al-Andalus. Andalusia is a region that has it all, from ancient cities to mountainous ranges, picturesque beaches to deserts.There are also several historical attractions and landmarks that one could visit to get an insight into the days of Islamic rule on Muslim-friendly travel to Andalusia. Islamic architecture in Spain is intricate and ornamental, with delicate designs and high arches. The outside walls are usually made of stone, stucco, and plaster.

The Alhambra Palaces in Granada

This beautiful historic palace is set against a backdrop of the Sierra Nevada mountains. Al Hambara is known as “red fort” or “red palace”, because of the color of its surroundings. It was originally built in 889 AD on Roman ruins as a small fortress during the Muslim rule. Afterward, it remained abandoned until its renovations in the mid-13th century.

Today, it is one of Spain’s most famous attractions, and definitely a place not to be missed on an Andalusian holiday. Here, you can so many amazing things like the Patio of Lions, the Justice Gate, and more. Depending on the time of visit, you might have to book your spot in advance as it can get pretty busy. Tickets cost 14 euros for adults, and 9 euros for disabled persons. Children under 12 are allowed free admission.Address: Calle Real de la Alhambra, s/n, 18009 Granada, Spain.
Open Hours: Tuesday – Saturday: 9 am – 6 pm, Sunday: 9 am to 3 pm (Mondays closed)
+34 958 02 79 71
https://www.alhambra.org/en/ This is an ancient royal palace in Spain that was built by the Muslim kings of Moorish Spain. Even today, this is considered to be one of the most beautiful palaces in Spain and is one of the most outstanding examples of Mudejar architecture in the Iberian peninsula. It is also aUNESCO World Heritage Site. The upper levels of the castle are still occupied by Spain’s royal family as the official Seville residence currently.Tickets to visit the Alcazar of Seville cost about 10 euros normally. You do not have to book ahead, although you might experience long queues at times.

The Giralda Tower in Seville

Originally built as a minaret of the Aljama Mosque during Moorish Spain, today the Giralda serves as the bell tower for the Seville Cathedral. It is one of the most iconic landmarks in all of Spain, but few know the Islamic history it holds. It was gazetted as a UNESCO World Heritage Site in the year 1987. The building remained the tallest in the city for over 800 years. Although it no longer holds the title, you can climb to the top and experience amazing views of the city. 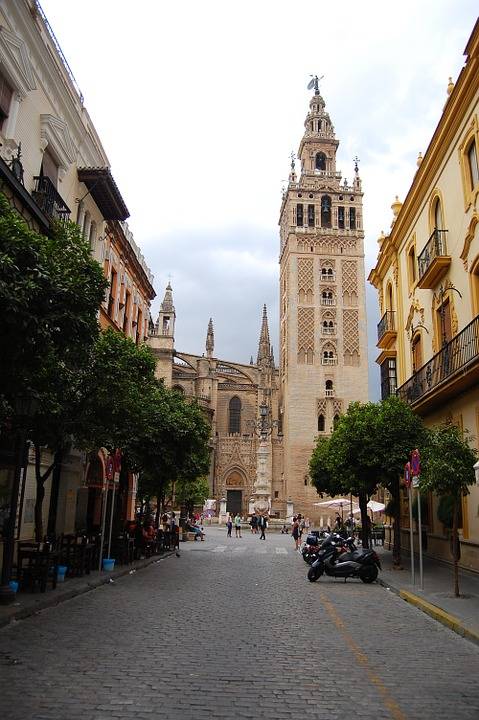 The Plaza De Espana in Seville is one of the best symbols built for the Ibero-American Exposition World Fair in 1929, along with being one of the most beautiful pieces of Neo-Mudejar architecture. This grand building is definitely something you cannot miss on your Andalusian travel itinerary.Not only is the Plaza De Espana an amazing sight to see, there are also plenty of things to see around it, including a beautiful park with ponds and birds. There is also plenty of activity going around at various times of the day, like flamenco dancers! 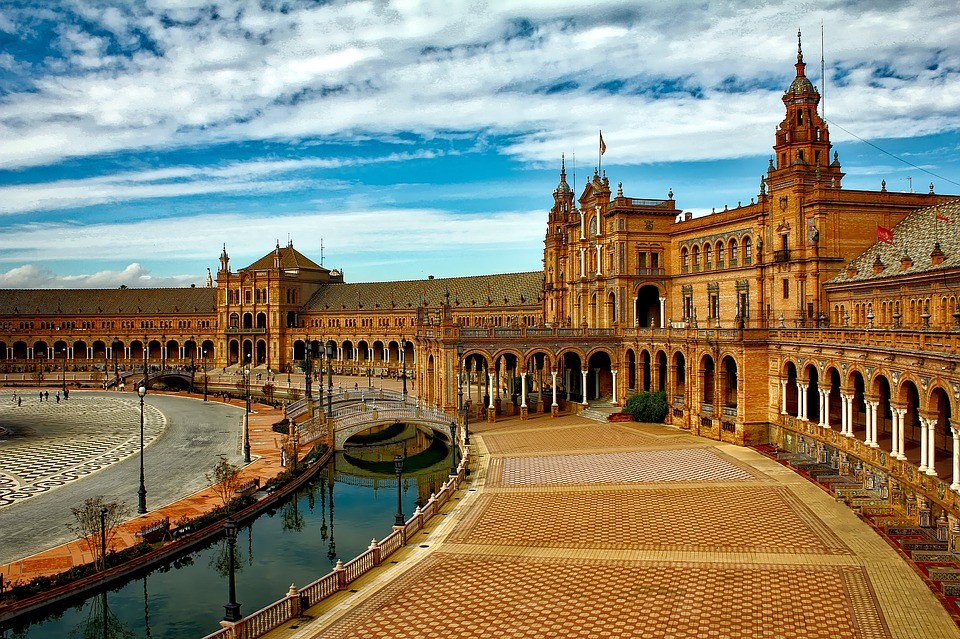 Torre Del Oro, translating to “Tower of Gold”, was constructed in the early 13th century by the Almohad Caliphate. The top of the building served as a military watchtower in Seville while the actual tower was used as a prison in the Middle Ages. It is one of the most popular Andalusian attractions for visitors of all kinds, and a great place to witness a bit of history of Moorish Spain.
Address: Paseo de Cristóbal Colón, s/n, 41001 Sevilla, Spain.
Hours: Monday – Sunday: 10:30AM–6:45PM.
Phone: +34 954 22 24 19 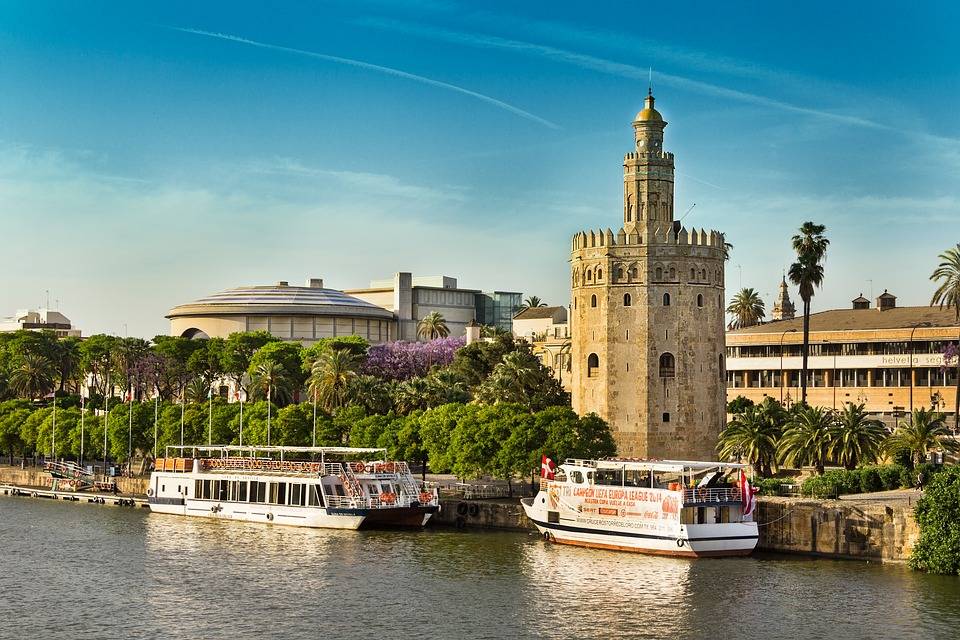 Albaicin or Albayzin as it was known during the Muslim rule of Spain is a region of Andalusia that that is a great place to visit. Even today, you can see the narrow winding streets as it existed during the days of the Nasrid Kingdom of Granada. This is often known as “the Arab quarter” or Granada and is one of the best places to witness Moorish architecture. Other attractions you can visit in Albaicin include Carrera Del Darro, one of the oldest streets in the region, Church of San Salvador, a 16th-century mosque that was built over an Albayzin mosque, and numerous 11th-century Arab baths that used to be part of the Mosque of the Walnut Tree. This is also one of the best places to find Halal food in Andalusia. 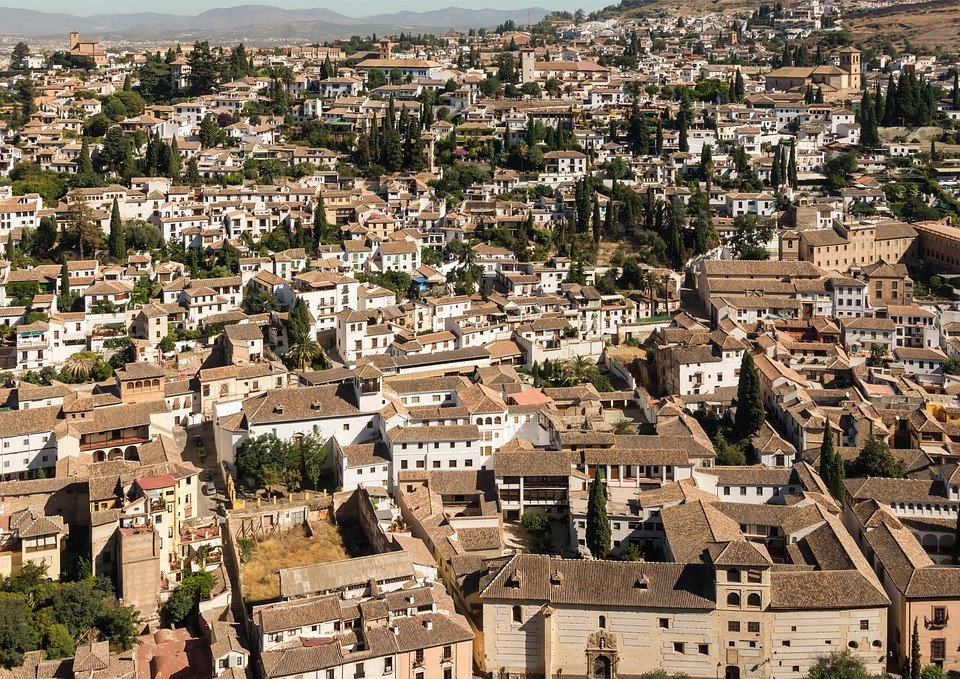 The old Mosque of Cordoba

The Mosque-Cathedral of Cordoba is also known as the Great Mosque of Cordoba and Mezquita. Although its name contains the word “mosque”, it is also a Catholic Cathedral called the Cathedral of Our Lady of the Assumption. It was one of the biggest mosques in the world, and it’s unique design reflecting the harmony between the Muslims, Christians, and Jews.The history of the building goes even beyond Moorish Spain. It was originally a small Visigoth temple that was converted and expanded into a mosque by Abd al-Rahman in 784. But when the rule of Cordoba returned to the Christians, it was converted back to a Roman Catholic Church. Still, it is known as one of the most accomplished achievements of Moorish Spain and its architecture is something to see on your Andalusian holiday. 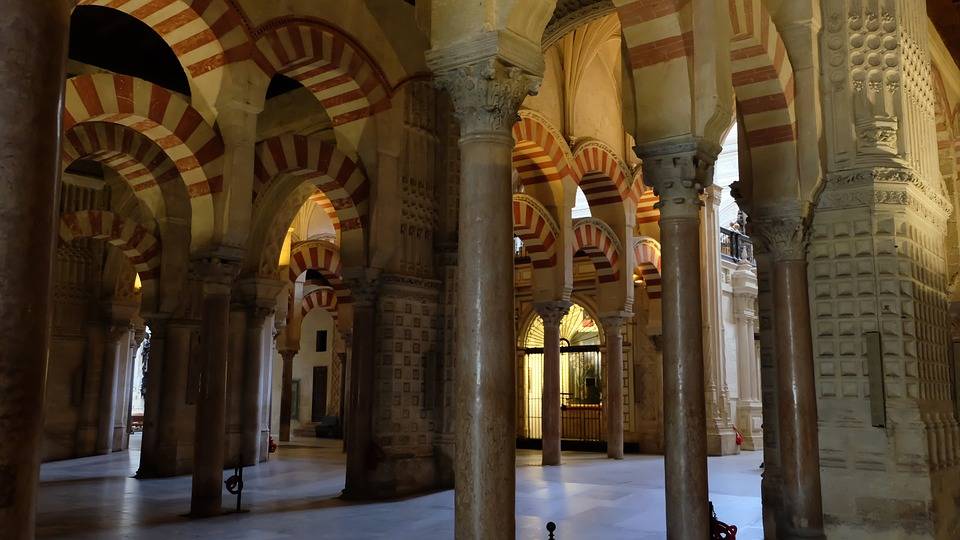 The Alcazaba fortress of Malaga

The Alcazaba is a beautiful Moorish fortress in Malaga that was built in the 11th century by the Hammudid dynasty. It is known to be the best-preserved Alcazaba in Spain today, and one of the two Moorish fortresses in the city.This fortress whose name translates from Arabic to “citadel” is located at the base of the Gibralfaro hill. The view from the top overlooks the busy port city and has a gorgeous garden to explore as well. There is also a small archaeological museum located at the former servants’ quarters where you can see exhibits of Moorish pottery and ceramics.
Address: Calle Alcazabilla, 2, 29012 Málaga, Spain.
Phone: +34 630 93 29 87

The city of Toledo is built atop a rugged hill atop the plains of Castilla-La Mancha in central Spain. This city has a long and winding history, starting from the pre-Islamic era of the Romans, to the Visigoths, the Muslims, and then finally, the Christians. As such, the city holds pieces of each of these times in history. There are a number of ancient buildings to visit where you can witness the remnants of Moorish Spain, like the Bisagra Gate and the Sol Gate.

Situated little ways outside Cordoba, this was a Moorish city built by Abd ar-Rahman III, the first Umayyad Caliphate of Cordoba. It took him 25 years to build the city, and it was magnificent in its day. He chose this place to build his palace because of its beautiful landscape, as it lay facing the valley of Guadalquivir river.

Today, most of the city that remains are the ruins of the once majestic city-palace, but there are several fragments of the buildings remaining. You can visit the palaces, the offices of former government heads, the sprawling gardens and the Abd ar-Rahman III hall, one of the most beautiful and ornamental places in the entire city. It is one of the most important Andalusian attractions to see on your Muslim-friendly holiday to get an insight into Moorish Spain. If you are an EU resident, entrance is free. Otherwise, a ticket cost 1.5o euros. There is shuttle service at the bottom of the hill to take you to the site entrance