Top Things to See & Do in Marrakech

Top Things to See & Do in Marrakech

Top Things to See & Do in Marrakech, Morocco

Marrakech is a former imperial city and one of the most popular cities for tourists in the Maghreb. It is home to beautiful mosques, palaces and gardens, as well as the famous Jemaa el-Fnaa square and souk market. With plenty of things to do and see in both the medieval and modern parts of town, Marrakech is a captivating city. Here is our list explores the Must-See Attractions every traveler needs to do in Marrakech.

Jemaa el-Fnaa is the main pulse of Marrakech. By day, the square buzzes with snake charmers, henna tattoo artists and various other entertainers, while at night there are countless stalls boasting traditional lamb dishes and fresh orange juice, among other culinary delights. Tourists flock here all year round to experience the true heart of the city and to discover the intriguing things the locals have to offer in this magical Moroccan square. 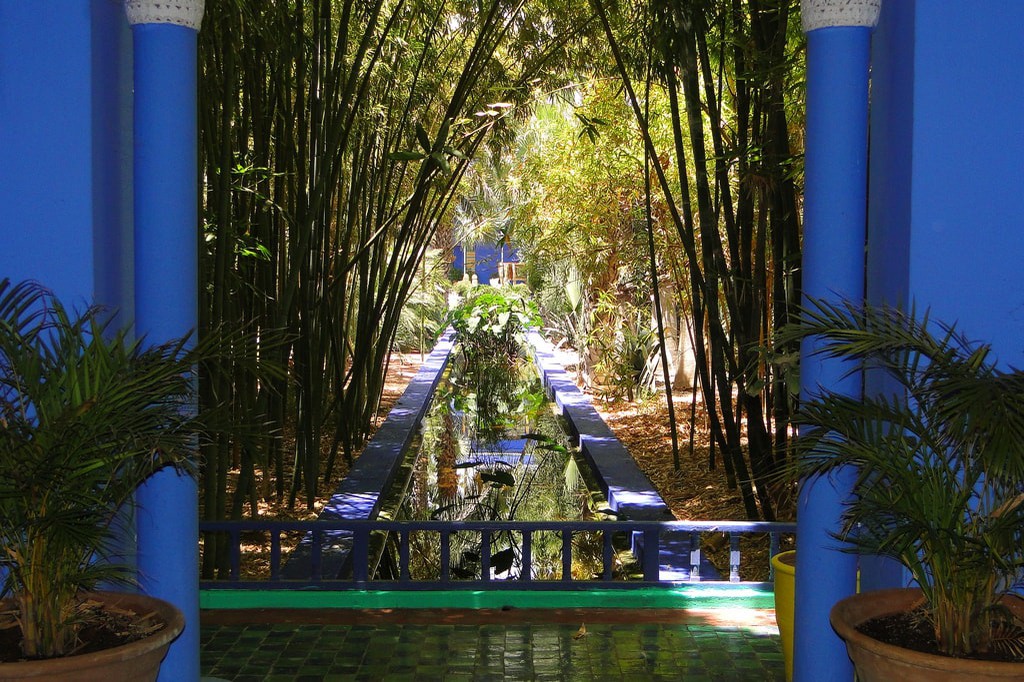 One of the most popular locations in Morocco, the Jardin Majorelle is the creation of French painter Jacques Majorelle, who spent 40 years injecting his passion and creativity into this magical garden. Complete with enchanting little lanes, tranquil streams and over 300 species of stunning plants, Jardin Majorelle is perfect for those who need a break from the busy city. 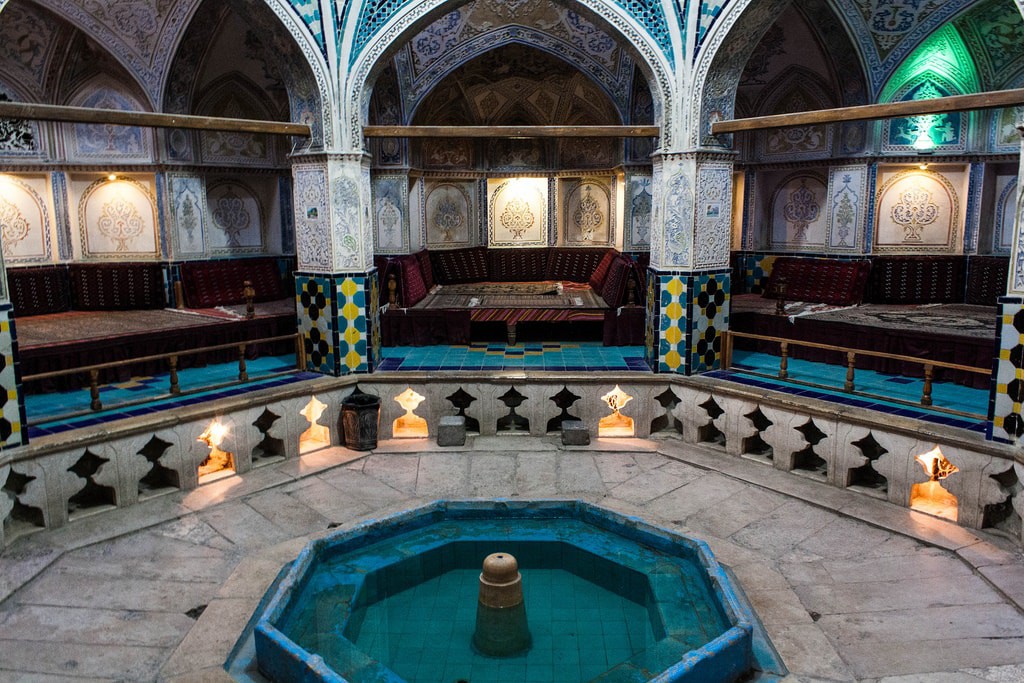 A visit to a hammam (local bathhouse) will usually involve stripping down and immersing yourself in experiences such as a visit to the sauna, an exfoliating massage and a dip in an ice-cold pool. There are a number of bathhouses throughout Marrakech, and a typical price for tourists is between 50 and 100 dirhams. Don’t forget to bring your own towel just in case! 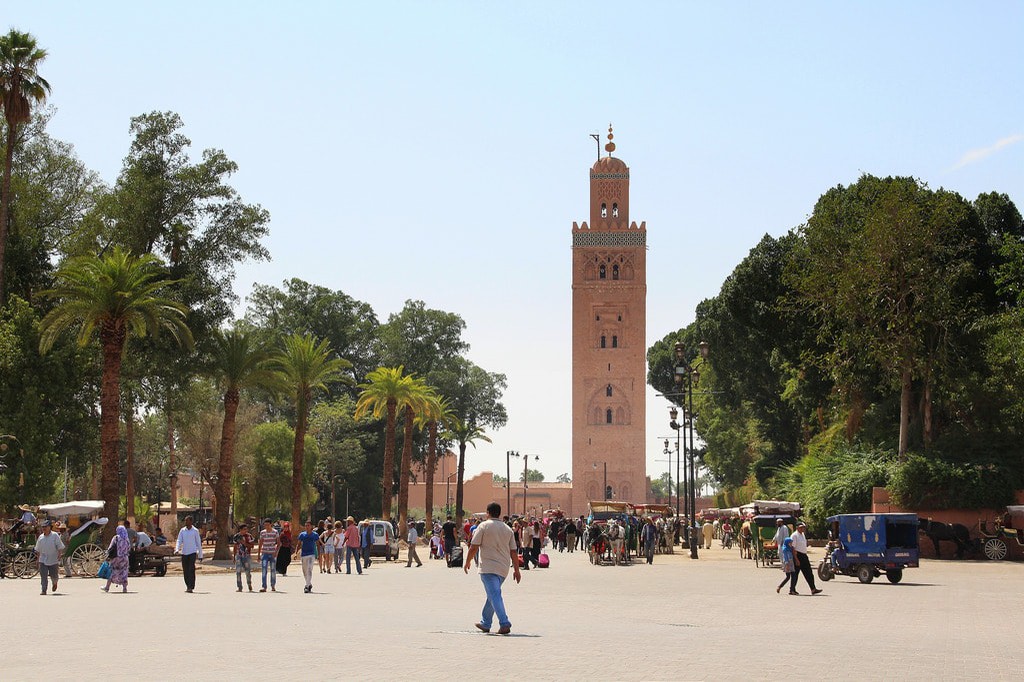 Given the importance of mosques in Moroccan culture, the Koutoubia Mosque is a must-see for those in the area. The largest mosque in Marrakech, the Koutoubia is not only a spiritual center but a point of reference for international architecture. Setting the trend for buildings in Spain and Rabat, the beautiful 12th-century minaret is an example of ornamental expertise, with characterful arches and rigid proportions, it’s an admirable piece of architecture. Enjoy the call to prayer coming from the top of the minaret five times a day and appreciate the architecture of this important building.

Stay in a traditional riad 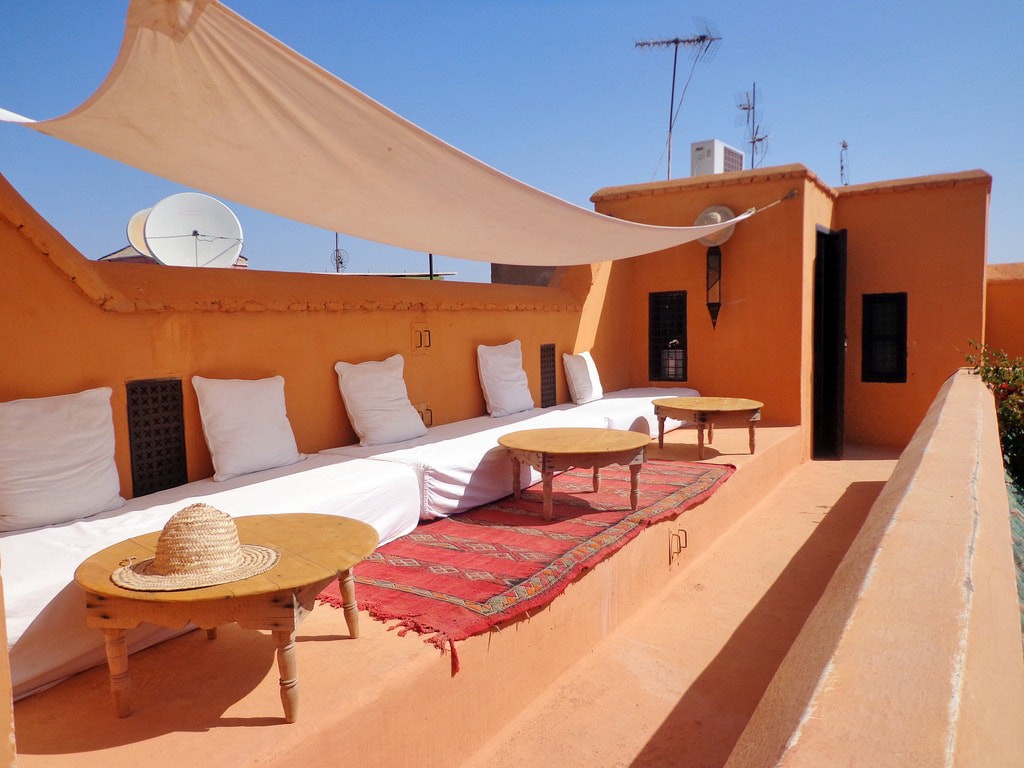 Riads are hidden treasures often tucked away in the narrow streets of the old part of town. Those staying in Marrakech should ensure they spend at least one night in the heart of the old town in a spectacular riad. Take Dar Hanane, for example, where guests are transported from the bustling medina streets into a house of relaxation and tranquillity. With en-suite bedrooms and a roof terrace offering panoramic views of Marrakech, this is just one example of the incredible riads in the imperial city. 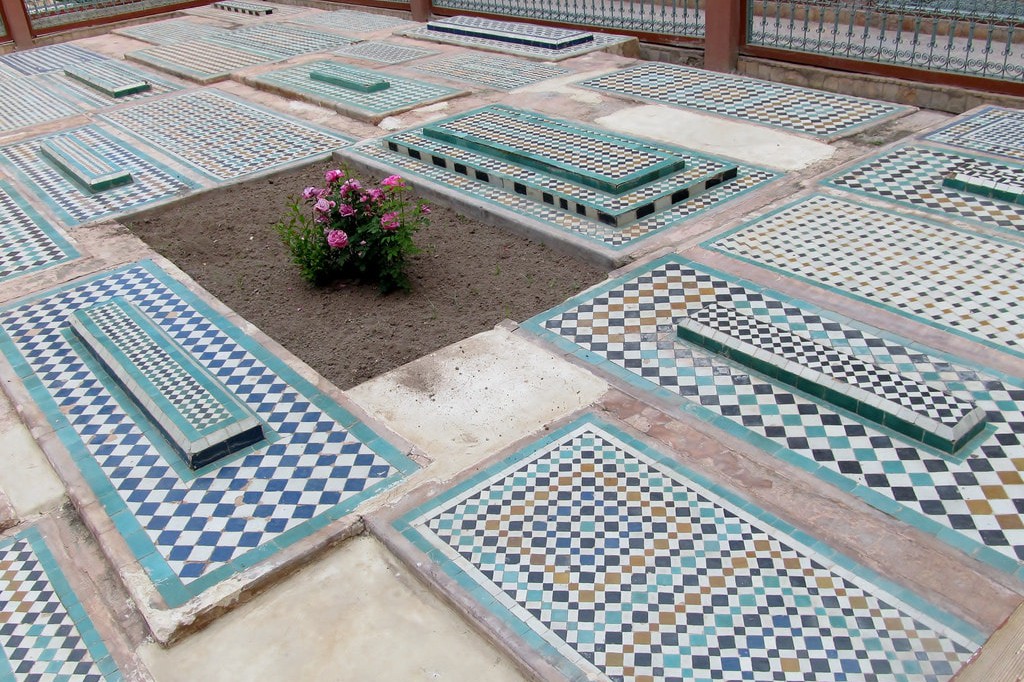 These tombs were created to stand as the final resting place for the many rulers and members of the Saadi dynasty. Rich in history, the Saadian tombs were rediscovered in 1917 after being sealed for centuries. Magnificently decorated with bright tiles, Arabic calligraphy, and intricate carvings, Saadian Sultan Ahmed al-Mansour Eddahbi certainly spared no expense on his tomb, making for a beautiful site for tourists. Located just outside of Marrakech, the tombs are easy to reach, and a fantastic alternative to the bustling city. Carefully restored and well preserved, they now stand as one of the most popular things to see in Morocco. 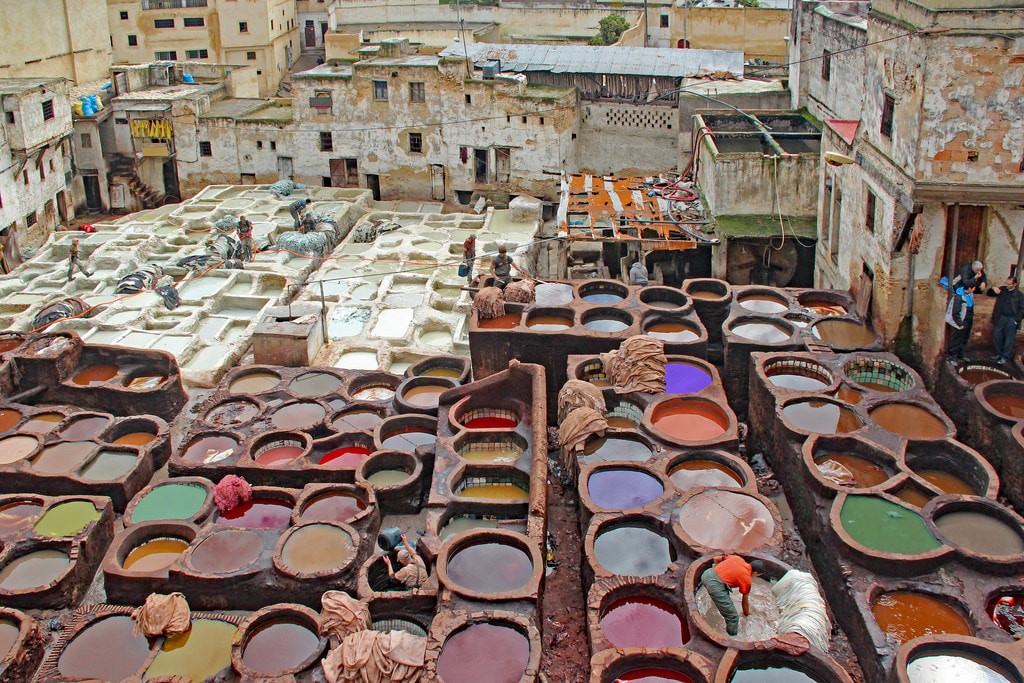 Situated in the northeast of the medina, the tanneries cannot be missed. With an overwhelming smell and many invitations from people in the streets, you’ll easily find your way there. Everything from bags to dresses is found here, and it’s wonderful to watch just how all the treasures are made. Visitors can watch workers as they hand dye material in preparation for trade in the city. Offering up an alternative to modern factories, the tanneries are an intriguing feast for all the senses. 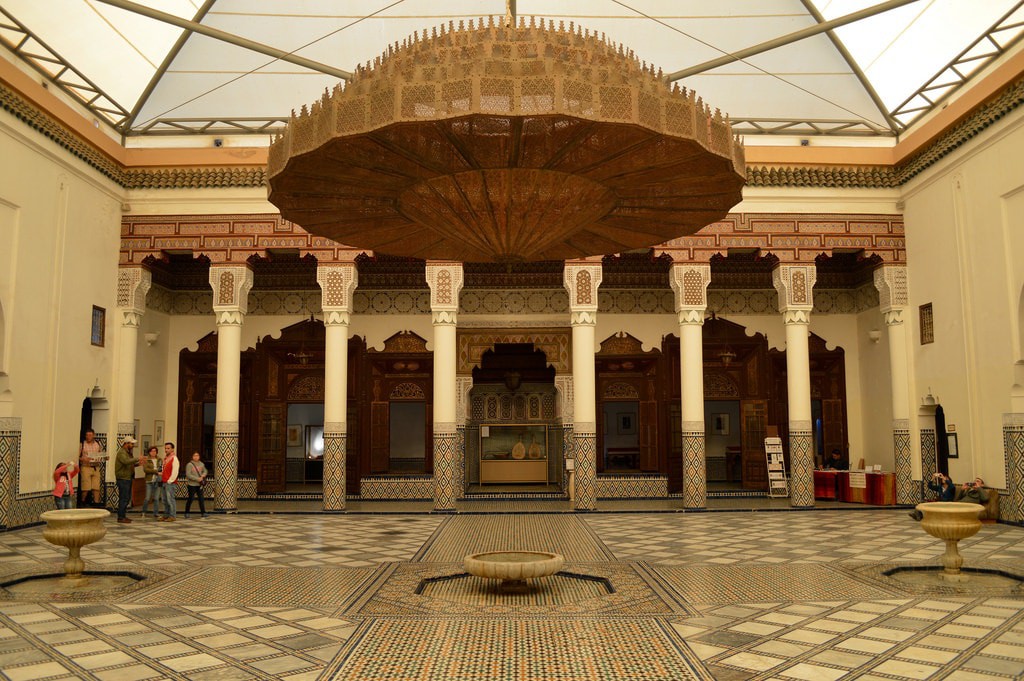 Marrakech is full of delightful museums, including the Dar si Said, which displays fantastic Moroccan architecture and objects. The Musée de Marrakech, house in the Dar Menebhi Palace, boasts embroidery, weapons and contemporary art. For historical imagery of the city, visit the Maison de la Photgraphie. In the new part of town, visitors can find many contemporary art galleries displaying work from local talent. 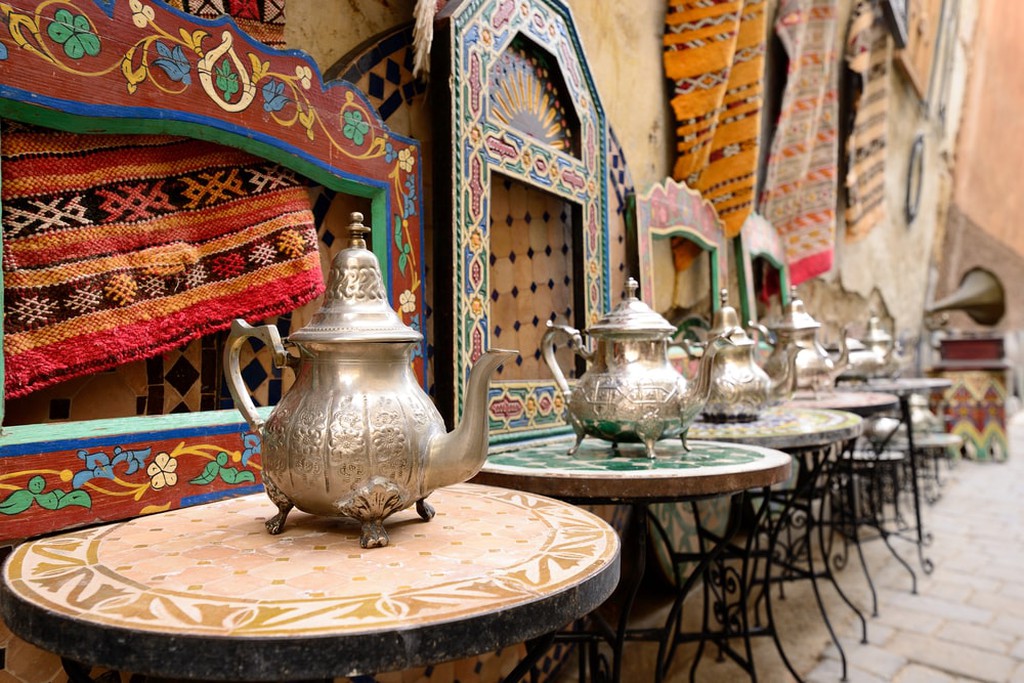 On a trip to any Moroccan city, the enchanting souks are a must on the agenda. Marrakech is no exception. Labeled one of the most magical cities in the country, Marrakech boasts a full medina with traditional winding souks and countless treasures. Whether you’re looking for literature, handicrafts, or food, there’s a street and an alleyway for everything. Visitors can get lost for hours in the labyrinth of enticing streets. So relax, explore, and discover some locally made treasures.

Madrasas, translating to ‘schools’, now stand all around Morocco as historical representations of the education of the past. This particular Quranic school, once the largest in North Africa, was dedicated to the teaching of Islamic law and has stood since the 14th century. Guests can explore more than 100 tiny, windowless student chambers and admire the stunning architecture, from the great courtyard to the richly decorated prayer halls. After almost six centuries, this medieval madrasa stands as one of the key tourist attractions of the city.

Original post was written by Rebecca Wilkinson for Culturetrip