What to Do and See in Cordoba?

What to Do and See in Cordoba?

Cordoba is a city in Andalusia, Spain. Formerly one of the world’s most populated countries, after a sharp decrease in population during the Renaissance, it is now a moderately sized city and is a UNESCO World Heritage Site. Human inhabitation of Córdoba can be traced back to 42 000 BCE. It was taken over by the Roman Empire and then became the capital of an Islamic Kingdom during the Middle Ages. Due to this, strong Muslim influence is clearly seen throughout the city. Córdoba became a centre of education under the Muslim rulers, who built countless libraries, schools and universities. Today, Córdoba is considered one of Europe’s Intellectual Centres. 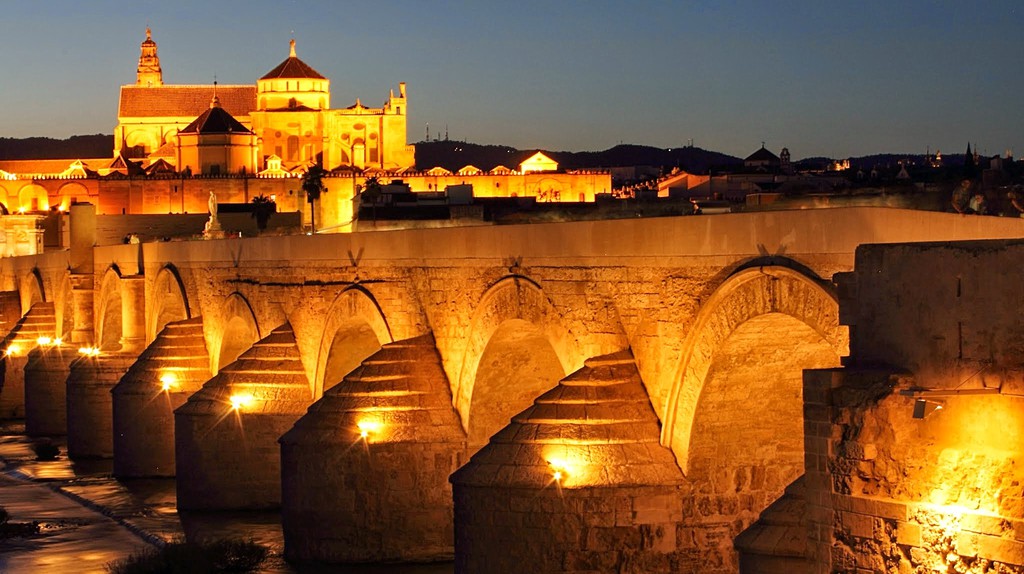 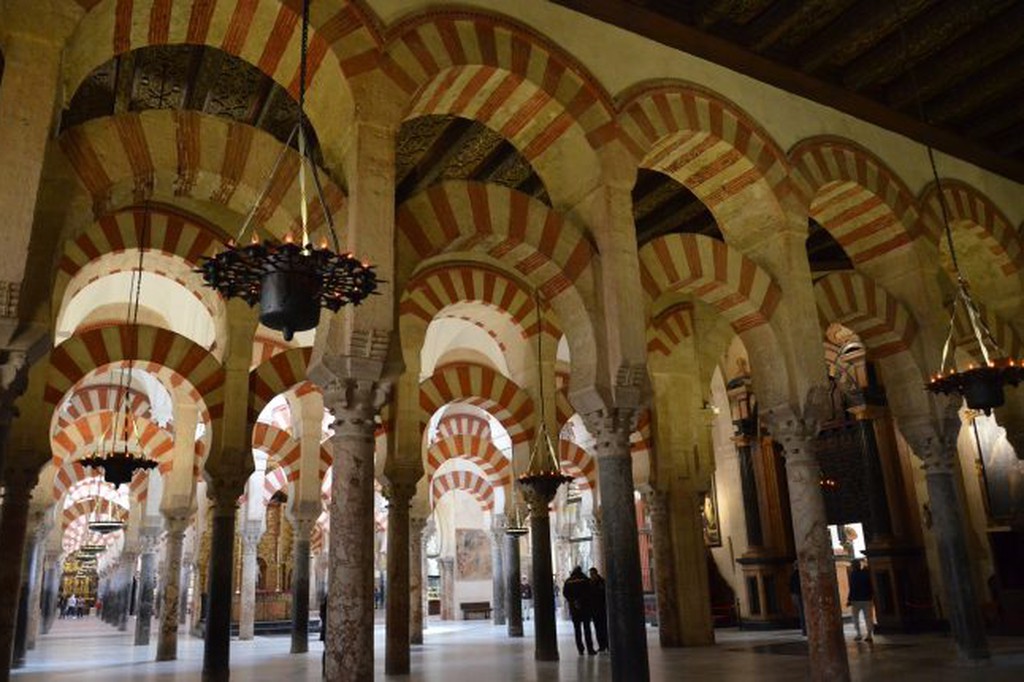 The famous double arches of Cordoba’s mosque-cathedral  | © Amoniaq/Pixabay
Cordoba’s most famous monument is its great Mezquita-Catedral – Mosque-Cathedral – which, along with Granada’s Alhambra, is Andalusia’s most important Moorish monument. Between 987 and 1236, Cordoba’s Mezquita was one of the grandest and most important mosques in the Islamic kingdom; but when the city was reclaimed by Christians, the building was converted into a church. In the 16th century Charles V added a renaissance nave on top of the Moorish structure, creating the hybrid structure we see today. 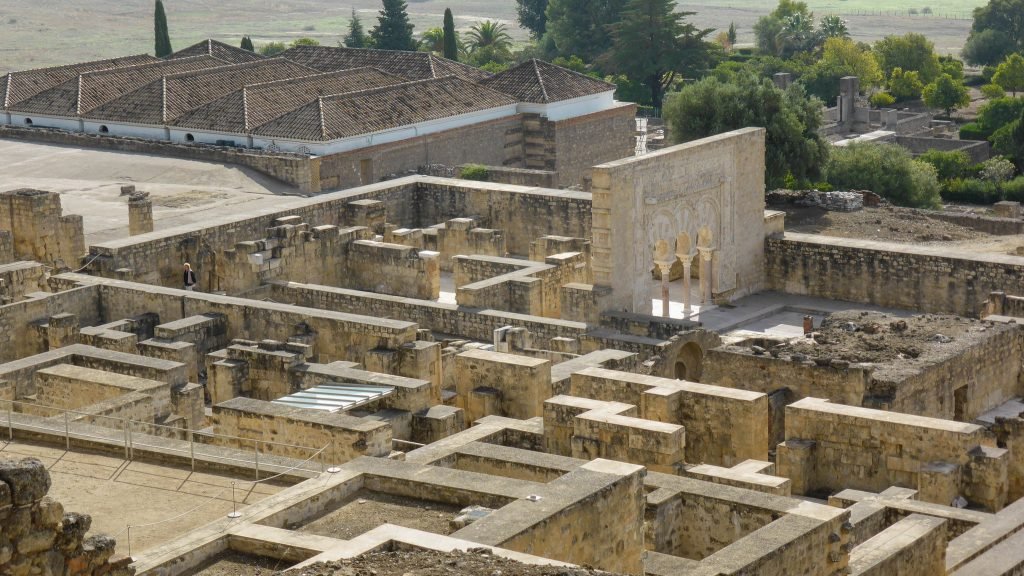 In the middle of the 10th century, Medina Azahara – ‘The Shining City’ – was the administrative capital of Al-Andalus, as Moorish-ruled Spain was then known. Construction started in 936 on the order of the Umayyad Caliph of Córdoba, Abd-ar-Rahman III al-Nasir. Additions and alterations continued for decades, but in 1010 Azahara was looted and thereafter stood deserted for centuries. Its remains were not discovered until the beginning of the 20th century and, although they only account for about 10% of the original city, they nevertheless give you a good idea of just how magnificent Medina Azahara must have been.

It was not until the 1950s, when Cordoba’s town hall was being expanded, that the remains of what was probably the city’s most important Roman temple were discovered. It was built during the reign of Emperor Claudius, in the middle of the 1st century AD and was renovated in the 2nd century AD. Archaeologists have theorised from the quality of marble and workmanship used in the construction of the temple that it must have been a particularly impressive structure, perhaps even one of the most beautiful in the Roman Empire.

San Andres-San Pablo is in the centre of Cordoba’s old town and is one of the best neighbourhoods in which to take the pulse of the city’s daily life. Despite its popularity with tourists, this is also a working barrio where Córdobeses pile into the many tapas bars at lunchtime for a beer and a quick bite. Blend in amongst them, order a chilled sherry and some prawns – a great light summer snack in the searing heat of Córdoba – and try to understand the machine-gun-like conversations unfolding at deafening volume around you. 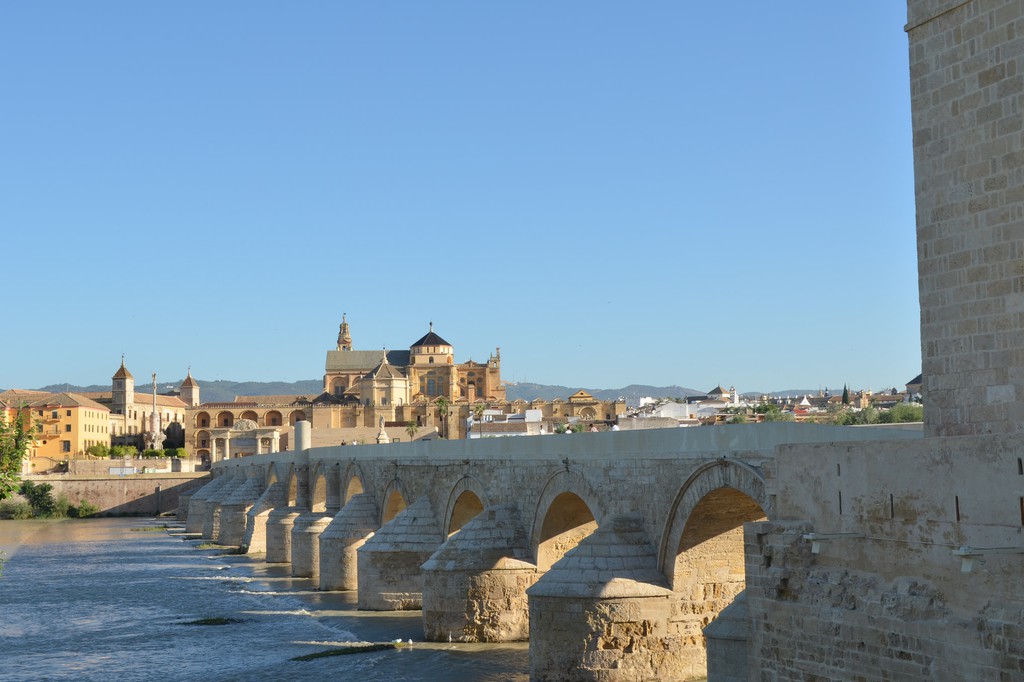 Córdoba’s Roman bridge | © Javier Orti/flickr
The city’s famous Roman Bridge, or Puente Romano, dates from the 1stcentury BC and was extensively rebuilt in the 10th century during the Moorish occupation of the city. Sitting low over the opaque waters of the Guadalquivir, which flows down all the way through Andalusia and out into the Atlantic, it is supported by 17 stone arches, of which just two once belonged to the original structure. The middle of the bridge, next to a 17th-century statue of Saint Raphael, is the perfect spot from which to survey Córdoba and the green, hilly countryside that surrounds it.

Dating from the late 1100s, the Cahalorra tower was constructed by the rulers of Moorish Córdoba to protect the Puente Romano – one of the city’s principal entrances – from invaders. It originally consisted of two towers separated by an iron gate but in the late 1300s a third, cylindrical tower was added by Henry II of Castile to better guard the bridge from an attack by his own brother. Nowadays it houses a small but interesting museum on the history of Al-Andalus, as Moorish-ruled Spain used to be called.

On the other side of the Roman bridge from the Torre de la Calahorra is the Puerta del Puente, construction of which began in 1572 in order that Córdoba might have one of the grandest entrances in southern Spain. It was rebuilt and added to several times over the centuries – most notably in 1912 on the orders of King Alfonso XIII of Spain – and today provides a suitably dramatic welcome to Córdoba for visitors approaching from the Roman bridge.

Córdoba’s prettiest and most unique attractions arose from architectural necessity. In summer months temperatures here frequently exceed an insufferable 40°C (104°F), so it has always been essential for its inhabitants to have a cool retreat for the middle of the day. As far back as the Roman occupation of Córdoba, houses were built with an internal, open-aired atrium, which was protected from the sun on all sides by thick stone walls. Over the centuries, these havens of cool and shade were decorated with flowers, plants and fountains – a practice that was refined during the Moorish occupation of Córdoba. Since 1918 the Feria de los Patios, as it’s called, has been sponsored by Córdoba’s town hall, which offers a prize for the prettiest patio.

The star of Cordoba’s patios feria is the elegant 15th-century Palacio de Viana, a vast building that has been used over the centuries as a residence for Spanish royalty. For an admission price of €5, you can visit Viana’s 13 patios and gardens. Intricately designed and aromatically populated with colourful plants, flowers and trees, these are some of Córdoba’s most enjoyable and pretty public spaces. Allow a good hour to slowly wander around these scented, romantic spaces, peering in through the palace’s old windows as you go.

The annual patios feria and the Palacio de Viana aren’t the only opportunities for seeing the famous flowers of Córdoba. A stroll down most streets in the old quarter will take you past several gorgeously decorated building facades, but on the Calleja de las Flores every single house looks like something out of a fairytale. Situated just north of the Mosque-Cathedral in the heart of the old town, this sweet-scented, colourful little street is the prettiest in Córdoba – and in a city where every other house is worthy of being on a postcard, that is quite a compliment.

One of the key attractions in the charming neighbourhood of Juderia – which was the city’s Jewish quarter between the 10th and 15th centuries – is the synagogue. Dating from 1315, it is one of the finest examples of Mudejar architecture in Cordoba and, like many of the city’s key historical monuments, it has a colourful past. After the Jews were expelled from Andalusia in 1492, the synagogue was used as a hospital to treat victims of rabies, before being acquired by a shoemaker’s guild in the late 16thcentury.

Alcazar of the Christian Kings

As its name suggests, the construction of this royal palace was ordered by the Catholic King Alfonso XI of Castile in 1328 but – as is so often the case in Andalusia – it was built among the ruins of a vast Moorish fort. In the late 10th century, when the Islamic Kingdom was at the height of its powers, Córdoba was the kingdom’s – and indeed one of the world’s – great intellectual cities, and the Alcazar housed the largest library in the west. Alfonso used only a fraction of the remains of the original Moorish structure in building the Alcazar, but he chose a Mudejar style, so the Moorish feel of the site has been preserved.

The beautiful old neighbourhood of San Basilio – also called Alcazar Viejo – is one of the most charming quarters in all of Andalusia. This area of scrunched together, whitewashed houses is home to many of the beautiful patios that open every May for the Feria de los Patios as well as the Alcazar – but it is well worth wandering around in its own right. Along with Granada’s Albaicin and Seville’s Santa Cruz, this is one of the most romantic and intriguing neighbourhoods in southern Spain.

The neighbourhood of Santa Marina is well worth setting aside a morning for, as its home to some of the most beautiful old houses in the city. It is also known as Córdoba’s bullfighting barrio and one of its key monuments, in Plaza del Conde de Priego, is a bronze statue of the city’s most famous bullfighter, Manolete (1917–1947). Manolete, said to be one of the finest matadors of all time, was fatally gored during a bullfight when he was only 30; the grandeur of his statue reminds you that, controversial as bullfighting may be, great bullfighters, are still an important part of the history and culture of many southern Spanish towns.

Right opposite the square is the Iglesia Santa Marina, a church dating from the second half of the 13th century. Its construction was ordered by King Ferdinand III when he captured Córdoba from its Moorish occupants in 1236, at which point the city was one of the most sophisticated and cosmopolitan in the western world. Throughout the 17th, 18th and 19th centuries this gracefully ageing church survived two earthquakes and fire, requiring extensive renovation works as a result. It is one of the most beautiful of the so-called “Ferdinand Churches” – those built by Ferdinand II to celebrate his victory over the Moors.

Córdoba’s 1960s bullring might lack the history and beauty of those in Andalusia’s other major cities, but its superb Museo Taurino, or bullfighting museum, is one of the best you’ll come across. Over several light-filled, spacious rooms it offers a fascinating insight into this controversial spectacle and some of its greatest practitioners, including the Córdoba-born phenomenon Manolete. A great starting point for anyone curious about this mysterious, little-understood tradition.

Occupying a 10-hectare site that stretches along the lush northern banks of the Guadalquivir are Córdoba’s botanical gardens. Opened in 1987, they showcase thousands of species of plants, flowers and trees over several separate areas: these include a hothouse with 130 species of plants from the Canary Islands, an arboretum and two fascinating museums. The Museum of Paleobotany explores the development of plants over the millennia, whilst the Museum of Ethnobotany focuses on how humans have used plants throughout the ages. The gardens are also full of shade and make a perfect escape from the ferocious heat of a Córdoba summer.

Art lovers who visit Córdoba will want to visit the city’s Museum of Fine Arts, located in a beautiful former hospital on one of Córdoba’s most attractive squares. Opened in 1862 but extensively rebuilt in the 1930s, it showcases works by Spanish and international artists from the middle ages to the present day, specialising in the Baroque period and the 19th century.

Written by The Culture Trip

Córdoba is home to a fair share of Halal restaurants. Popular spots include Hammam Restaurante Teteria, El Patio Andaluz, El Sultán, Laorkebab and KebabHut. However, it is recommended that you inquire with the restaurant owners about the preparation of food and the availability of Halal menus prior to dining.

In addition to the Great Mosque of Cordoba (which has been designated a UNESCO World Heritage Site), Córdoba is home to a few mosques. Visitors may also go to a few of the more prominent mosques in the country that are located at the nearby towns of Seville, Granada or Malaga.