Do you want to see the best historic destinations in Portugal?

Inside the Convento de Cristo in Tomar | © Pixabay
Who has a penchant for following the history of the Knights Templar? Anyone who thinks “me” should make a trip to Tomar, Portugal, a town that was once a sort of headquarters for this mysterious Catholic group. Visit the 12th-century Convento de Cristo (Convent of Christ), a medieval fortress and church where the local branch of the Templars met for religious mass and gatherings. Tomar is also the location of one of the best-preserved synagogues in Portugal in addition to many other Catholic churches dating between the 12th and 15th centuries, the 17th-century Pegões aqueduct, and the stunning park and gardens called National Forest of Seven Hills (a perfect spot for a stroll).

Coimbra is one of the oldest cities in Portugal. It also happens to be the home of the oldest university in the country, The University of Coimbra, also one of the oldest universities in all of Europe. Then there is the Biblioteca Joanina, a major attraction that has been listed among the most beautiful libraries in the world. Intersected with medieval, cobbled streets and filled with souvenir shops, Coimbra is a lovely spot to walk through and it is near many sightseeing opportunities that are considered “off the beaten path” like Conimbriga, excavated ruins that date back to the Roman occupation, as early as 139 BC. 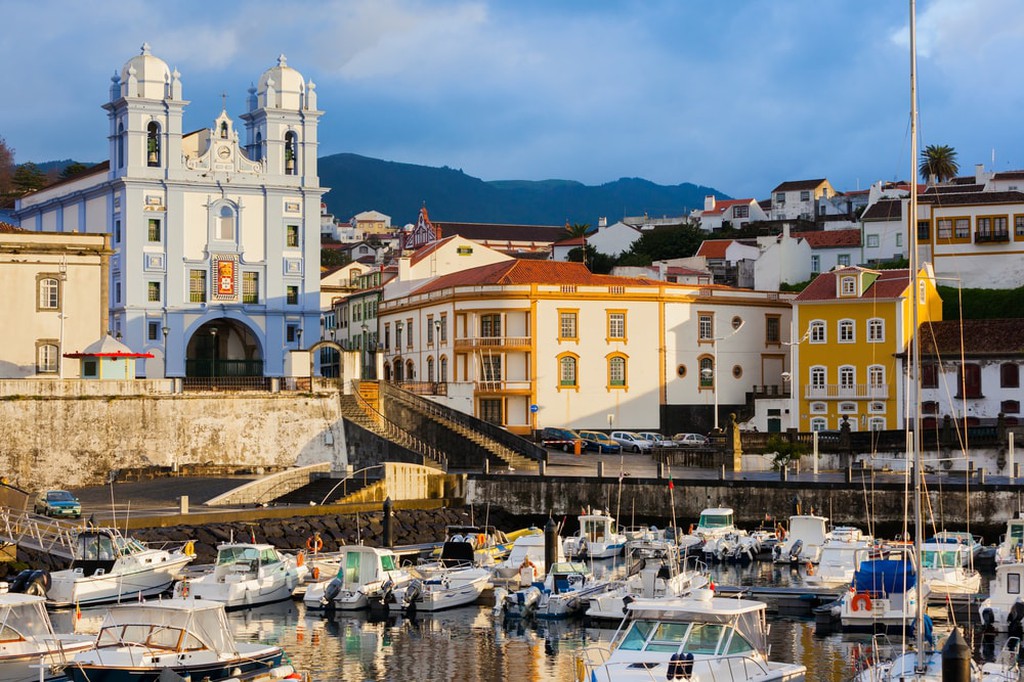 Angra do Heroismo early in the morning | © Roman Sulla / Shutterstock

The center of Angra do Heroísmo is listed as a UNESCO World Heritage Site for the role it played as a port of call and trading center during and after the Age of Discoveries. It is also the oldest continuously settled town in the Azores, located on the third largest island, Terceira (after São Miguel and Pico). Be sure to visit the 18th-century Praça Velha, the central town square surrounded by lovely churches, museums, hotels, and restaurants, and don’t forget to snap photos of the 16th-century town cathedral rimmed in peach-hued borders and the baby blue and white Igreja da Misericórdia (Misericordia Church). 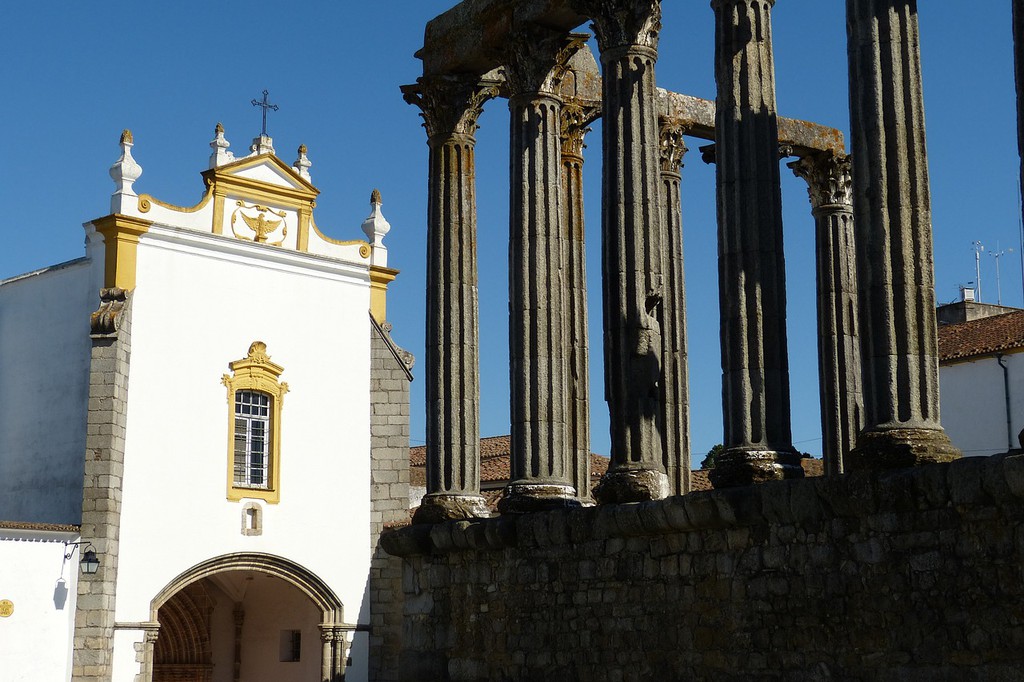 Évora’s portfolio is an expansive one. It is the regional capital of Alentejo, Portugal‘s large, sleepy wine region and farmland where locals tend to move to the beat of their own drum. In the 15th century, Évora was the residence of many of Portugal’s royalty. It is a town that doubles as a UNESCO World Heritage Site and triples as an open-air museum. Major landmarks include the Roman Temple of Diana, the medieval 16th-century Chapel of Bones, the 13th-century Cathedral, and the ancient Royal Palace of Évora, the latter reflecting Portugal’s very own Manueline architectural style. 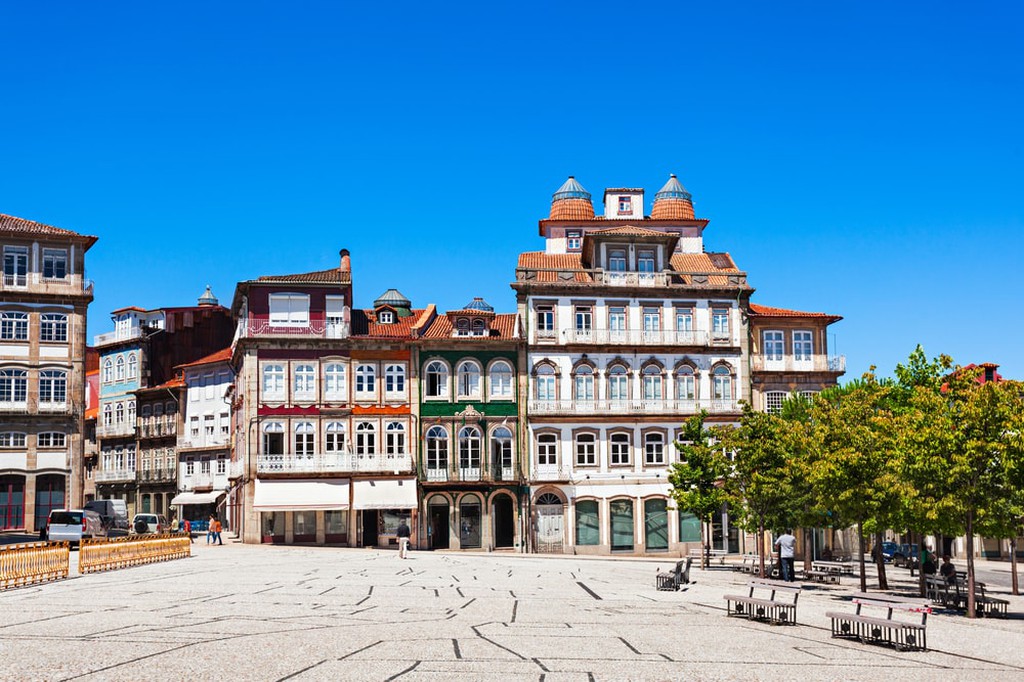 The town square in the center of Guimarães is so historic, you may feel like you’ve been transported through time while just standing there. Its 11th-century castle is where Portugal’s first king, Afonso Henriques, was born and for this reason, Guimarães has adopted a reputation as “the birthplace of Portugal”. In 2012, Guimarães was named the European Capital of Culture and is on the UNESCO World Heritage list. Medieval streets and palaces, religious museums, and Gothic monuments are just a few of the visual treats that are waiting.
More Info Anyone who has heard of Sintra knows that it’s a lovely town filled with amazing buildings like the romantic, 19th-century Pena Palace. What they may not know is that it was once where many of Portugal’s royal family members and aristocrats lived or vacationed, attracted by the forested landscape and mild climate (hence the abundance of fascinating architecture and gardens). Most of the attractions are house-museums inside romantic and eclectic mansions, chalets, and palaces. Of course, there is also the medieval fortress, the Castelo dos Mouros, built in the 10th century by the Moors who once had control in Portugal. 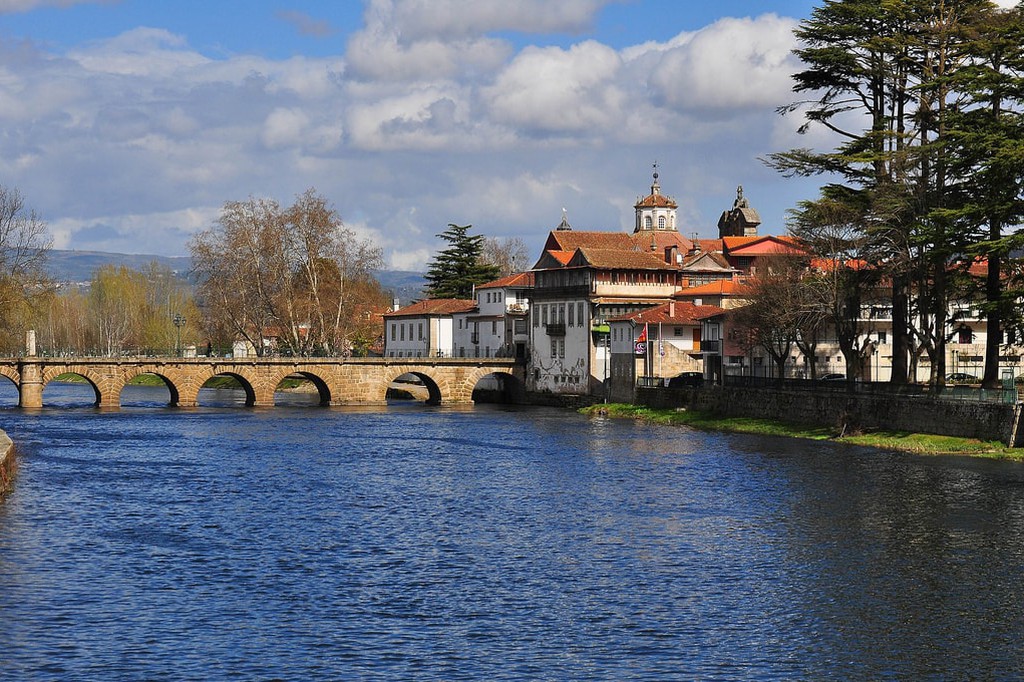 In the 1st century AD, Roman settlers lived in what is now called Chaves, Portugal, a town close to the border with Spain in the Tras-os-Montes region. Left behind as a memento is an amazingly well preserved Roman bridge, connecting the two sides of town across the Tâmega River and which is still used. Early settlers are believed to have been attracted to Chaves for the local hot springs, providing some of the hottest, natural mineral water between Portugal and Spain. Today it is a town oozing in tradition and local culture, the landmarks include the medieval town square and castle and a 14th-century fortification that has been converted into a hotel.

Braga is a city that meets many superlatives. It is home to the third largest metropolitan area after Lisbon and Porto and the oldest archdiocese in Portugal (originating in the 3rd century). Braga is one of the oldest cities in the country. Conversely, it has one of the youngest spirits in Portugal and is home to 2 universities and multiple other educational centers. Visit Braga to tour the Sé Cathedral, dating back as early as the 11th century making it the oldest cathedral in the country and one that showcases Renaissance, Baroque, Moorish, Manueline, and Gothic architecture. Then there is the stunning Bom Jesus do Monte, a hilltop sanctuary that attracts many visitors every year with its views and religious significance. Downtown, you’ll find no shortage of cafés, shops, restaurants, and bars, so there is plenty of socializing to enjoy in between sightseeing. 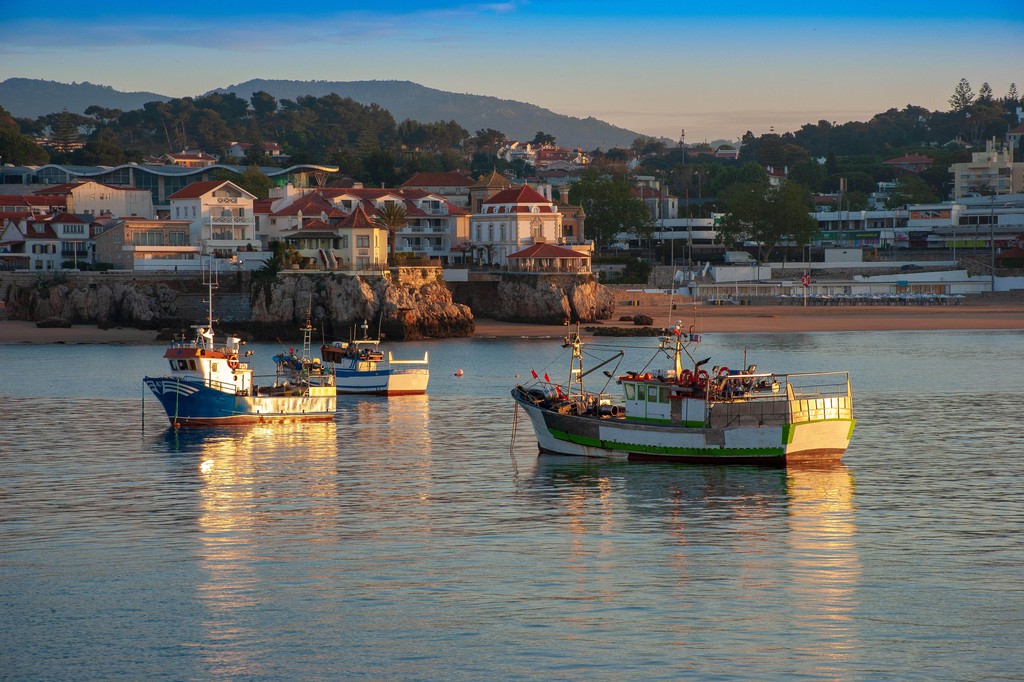 Cascais is a beautiful resort town just an hour from Lisbon along the coast. It is also a Portuguese town with a unique heritage that blends the country’s maritime history with its role as a vacation destination for many of Europe’s wealthy families. Visit Cascais for the beach but also tour the local museums showcasing the wealth acquired by Portuguese aristocrats, like the seaside Museu dos Condes de Castro Guimarães. Highlighting the area’s modest fishing past is the Museu do Mar. Then stay to walk along the stunning coast and enjoy fresh seafood from one of the many seaside restaurants. 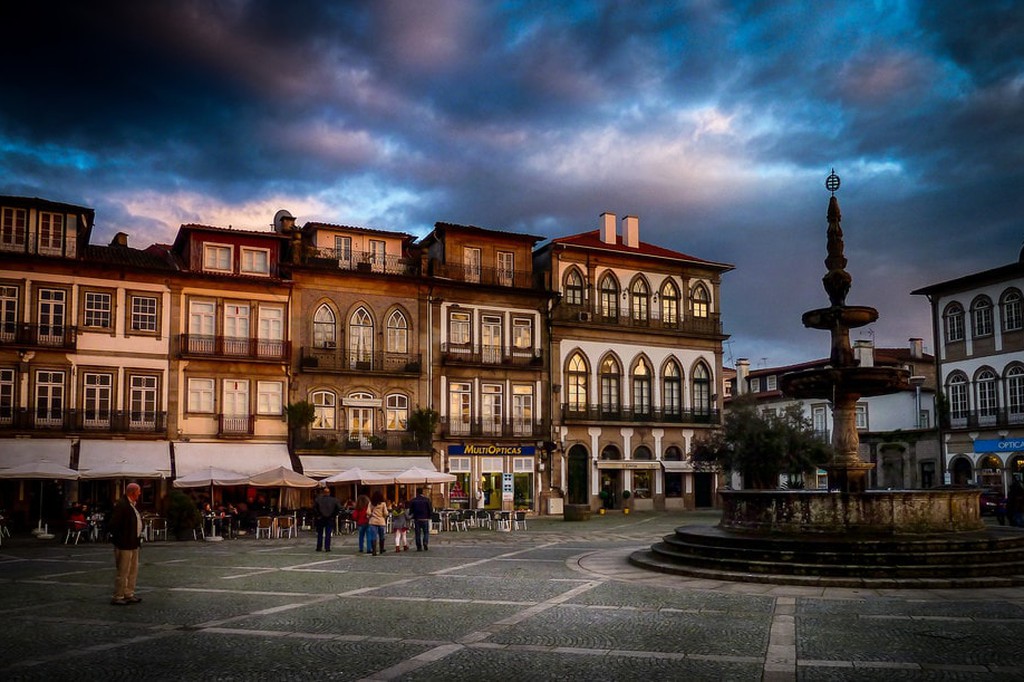 This list would not be complete without mentioning the absolute oldest settlement in the entire country. Ponte de Lima, named after the bridge that crosses the Lima River, is a charming village in the Minho region of Portugal, located north of Porto in northwest Portugal. The downtown is decorated with eye-catching manor homes, ancient yet well-preserved buildings, and stunning gardens. It is also a town with one of the most interesting stories steeped in superstition, stemming from early Romans in Portugal. It was believed that the river would cause total amnesia to anyone who touched it, leading to the Roman bridge that still stands today. Ponte de Lima is also in the center of the Vinho Verde wine region, and visiting the local vineyards is a popular activity for visitors.